Consulates, historically, date back to the Roman Empire. Back then, international relations were developed in response to growing trade activities and the need to establish sound relationships and laws across locations.

While we’ve moved a great deal forward from Consulates primarily fulfilling judicial roles on behalf of sea merchants and sailors [1], the underlying need has remained largely the same: to foster diplomacy between nations, assist nationals experiencing difficulties in host countries, and to stimulate economic activity across borders.

Recently, Belgium has upgraded its post in Cape Town and Mr Mathias Bogaert has been appointed as the Consul General. We caught up with Mr Bogaert to learn a bit more about his role, the Belgian Consulate, and the various activities planned for the future. 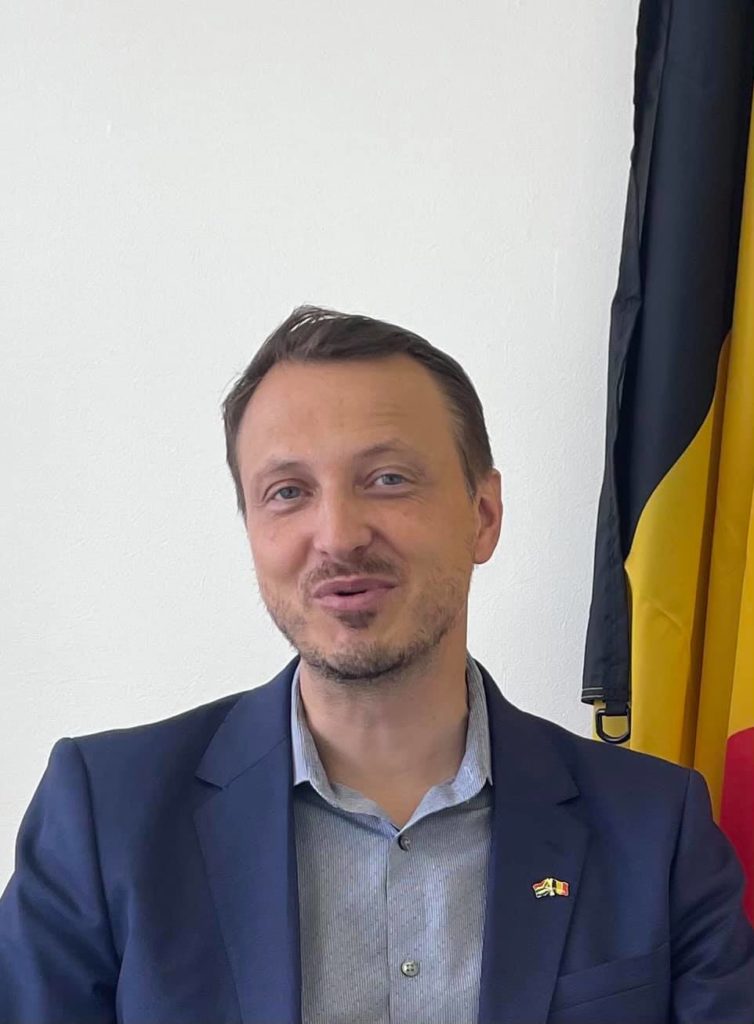 Tell us a little more about yourself, including your previous postings?

Well, first of all, thank you for this opportunity. I had previous postings in Geneva (2004-2008), working on international trade, in New Delhi, India (2008-2012), working on bilateral economic relations, and in Brussels (2012-2015) as the Belgian coordinator for European Foreign Policy. Before arriving in Cape Town, I spent 5 years in New York working on the UN Security Council. I was the political coordinator of Belgium during both Belgium’s and South-Africa’s tenure as member of the Security Council in 2019-2020. I enjoyed cooperating intensively with South African colleagues working on peace and security in the world. I also have a personal link with South Africa: the first paper I wrote on international politics as a young student, and in a way my diplomatic awakening, was on South Africa, arguing in favour of the boycott against apartheid.

Tell us a bit more about the Belgian Consulate-General in Cape Town.

I am very happy to say I am the very first Consul General to be appointed by Belgium in Cape Town. Before we always had a consulate, but this diplomatic post has now been upgraded. It is a testimony of Belgium’s faith in the huge potential of the city of Cape Town and the Cape Provinces.

How long have you had a presence here and how large is the Belgian community in Cape Town?

Traditionally there has been a large Belgian community here in Cape Town, attracted by this cross-point in trading routes between Europe and Africa. The first Belgians already set foot on Cape soil in the 17th century – even before Belgium existed.

The Cape’s natural beauty and its great way of living also act as a magnet for Belgians. We sure know how to recognize good food and wine! I met a lot of Belgians here telling me: “I came to Cape Town for a two-week holiday … and that was five years ago.”

Many Belgians started a restaurant, wine estate, or lodge. But many also started a successful business adding to our mutual trade and investments. I have approximately 5000 Belgians living in my jurisdiction, of whom more or less 3000 are residents in Cape Town. That number is expected to rise again after COVID.

What is the range of diplomatic functions fulfilled by the Belgian Consulate-General in Cape Town, and how does the upgrade to Consul General impact these functions?

My jurisdiction covers the three Cape provinces in South Africa and Namibia. My team offers municipality services to the local Belgian community and delivers visa to South Africans looking to travel to Belgium. That is what a Consulate does. In addition, as a Consul-General, I also work to improve our broader economic, and cultural relations, and the political relations with the regional and city authorities.

What does the upgrade to Consulate General mean more generally and what are the potential impacts for Cape Town’s economy?

The upgrade to a Consulate General really is an acknowledgment of Belgium in the potential of Cape Town and the Cape provinces. The Cape focus sectors – hospitality, logistics, farming, biotech and hi-tech – are very complementary to the Belgian economic structure.

Did I mention that the City of Antwerp has a longstanding partnership agreement with the City of Cape Town? Both cities are port cities, big on fashion and audio-visual arts, and they share the Afrikaans-Dutch language.

The upgrade of my office aims to create more jobs, business and cultural relations for both the Cape and Belgium, of course! I hope to be able to announce an important Belgian investment in the Western Cape soon.

How has your role changed in response to the COVID-19 pandemic?

The COVID-19 changed all our lives and jobs, including mine. Last year, my predecessor and his EU colleagues organized several expatriation flights so Belgians and other EU citizens could return home after commercial flights were suspended. This year I continued to help keep our Belgian community safe from COVID, in good coordination with the local authorities. My office also offered assistance to Belgians who wanted to go back to Belgium to get a vaccine there. Currently, over 70% of the Belgian population has been fully vaccinated, which makes Belgium one of the frontrunners worldwide. 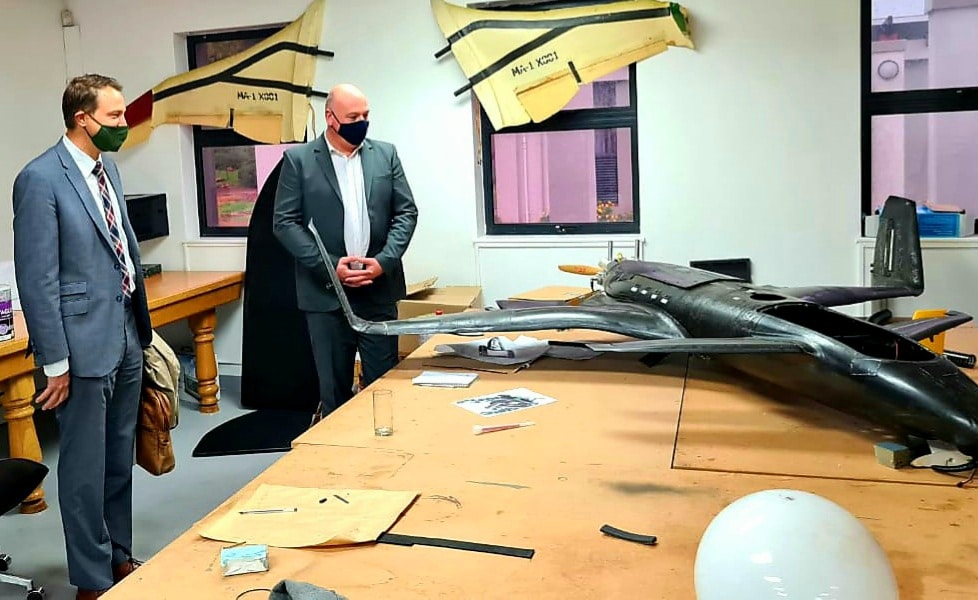 What challenges has Belgium experienced during the global health pandemic and in what way have opportunities or innovative solutions been devised?

Belgium is a small but very open, diverse, and densely populated country at the heart of European crossroads. That is great for our economy, but was unfortunately also good for COVID to spread rapidly in Belgium at the start of the pandemic. Strict enforcement of COVID measures, and an accelerated vaccination campaign is helping us now to get the upper hand.

In that respect, I would also like to especially congratulate your authorities for a quick and efficient anti-COVID and vaccination campaign. It is key to a sustainable societal and economic recovery.

Belgium plays also its role there. The Belgian pharma cluster is traditionally one of the biggest vaccine developers and exporters worldwide. The Johnson and Johnson vaccine has been developed by its Belgian subsidiary Janssen Pharmaceutica, and Janssen has been instrumental in getting the first vaccines to aid providers in South Africa, and in starting off local production of the J&J Janssen vaccine in the Eastern Cape – a first for Africa! Belgium also actively supports the European initiative to assist Biovac to produce COVID vaccines in Cape Town.

Tell us about some upcoming initiatives planned by the Belgian Consulate General in Cape Town?

With pleasure. I actively support the increase of port relations between the Cape and the Belgian ports, and I hope to be able to announce a direct air link between Belgium and Cape Town soon, when tourism picks up again.

In the first week of October, we organize the first Dutch-speaking week in Cape Town, in collaboration with Netherlands and Flanders, the Dutch-speaking region of Belgium. In November, we organize the 10th edition of our famous ‘Taste of Belgium’ event at the Belgian Residence (read about last year’s edition here). In the framework of our joint fight against climate change, I am also looking to kick-start a renewable energy project in the Cape Provinces. I continue to support Belgian involvement in COVID vaccine production in the Cape.

What are the key investment sectors in Belgium, and which sectors would you say are on the rise and how could Cape Town capitalise on them?

With its unrivalled logistics hub at the heart of Europe, and a multilingual and productive work force, Belgium is the ideal hub for South African businesses looking to venture into the European market. Our regional trade and investment promotion agencies from Brussels, Flanders, and Wallonia offer very attractive incentives. Focus sectors are logistics, pharma/biotech, food industry, and high tech. I am happy to share with you that the Capetonian space company Simera Sense decided to invest in Belgium.

For the Belgian investor, what opportunity sectors have you identified in Cape Town?

There are plenty, and very similar to the ones I already mentioned. Off the cuff, I think of the hospitality and lifestyle sector, but also fruit processing, biotech/pharma, and IT companies.

Anything to add or highlight in closing?

I really feel blessed with this new assignment in this beautiful city. I am happy to give the Belgian-Cape relations a good boost following its huge potential.

Cities can lead economic bounce back from COVID-19 impact

What a successful SEZ could mean for Atlantis business