HOW TO SET UP A BUSINESS IN CAPE TOWN 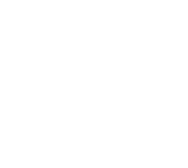 Why Invest in Startups Locally? Setting Up a Business in Cape Town

Cape Town thrives as one of Africa’s leading banking destinations.

With a favourable exchange rate for many international currencies, you’ll find South Africa a cost-efficient destination for most business operations and industries. With many multinational companies setting up in Cape Town, the financial institutions here are considered world-class. There truly is no shortage of banks, bureau de change and automatic tellers (ATMs) here.

The South African banking system and financial services are well developed and effectively regulated, comprising a central bank –the South African Reserve Bank – as well as a few large, financially strong banks and investment institutions. These are also complemented by a number of smaller banks. The primary purpose of the Reserve Bank is to achieve and maintain price stability in the interest of balanced and sustainable economic growth in South Africa. Together with other institutions, it also plays a pivotal role in ensuring financial stability throughout Cape Town.

How to Open a Bank Account in Cape Town

The type of bank account you open in South Africa will depend on the visa you’ve been issued with. If you only have a tourist visa, you’ll need to open a non-resident bank account in South Africa. If you have either a temporary or permanent residency visa, however, you can open a resident bank account. It’s also possible to open a resident account while you’re still in your home country, although this can be a more complicated process as you’ll need to have your application form and the relevant documents signed by a lawyer or solicitor.

With a wide range of accounts on offer, it pays to shop around before committing to a bank in South Africa. The majority of banks charge account fees, and transaction and withdrawal fees apply too in many cases. The requirement documents also will differ depending on your choice of bank account and whether you are opening a resident or non-resident bank account in Cape Town. In general, you will need to present the following documentation:

What Banks are in Cape Town & South Africa

Many foreign banks and investment institutions have operations in South Africa. Investment and merchant banking remain the most competitive front in the industry, while the country’s “big five” banks – Absa, FNB, Standard Bank, Nedbank and relative newcomer Capitec – dominate the retail market.

All of these major banks have branches, as well as automated teller machines (ATMs), in most large towns – and all over the cities. ATMs are linked to all major international networks, and it is possible to draw currency from them. They accept Cirrus or Maestro cards as well as all major credit and debit cards and you usually will not be charged any fees over and above those levied by your own bank.

Banks are generally open from 8.30am or 9am to 3.30pm Mondays to Fridays, and 8.30am to 11am on Saturdays. Many banking outlets in the Western Cape, and especially those in Cape Town shopping centres, have extended these hours, and some are open on Sundays too. Branches at airports adjust their hours to accommodate international flights.

The largest banks in South Africa also boast a significant network of branches and offer telephone and Internet banking services, which allow customers to manage their accounts around the clock.

Visa and Mastercard are the most common debit card types used with current accounts in South Africa and all major credit cards can be used in Cape Town. If you have a so-called “chip card”, you will be required to enter a pin code. Pin-based debit cards are often accepted too. While American Express and Diners Club cards are among the credit card options in South Africa, they are less frequently used and are accepted in fewer places than Visa and Mastercard. Remember to notify your bank in advance should you be staying in Cape Town and withdrawing from an international bank account.

Forex services in Cape Town are offered by Absa, FNB, Nedbank and Standard Bank, as well as a number of credit card companies. However, it’s important to remember that all money transactions that involve foreign exchange must be done by authorised dealers. In terms of exchange control regulations, it is illegal to buy or sell foreign currency to anyone except an authorised dealer in South Africa.

Contact us today for detailed information about how to set up your business with bank accounts in Cape Town. Our business hub is available to assist with any questions you may have in this regard.