The  South African elections are done, as are the inaugurations, swearing-in ceremonies, and Cabinet appointments.

In a world where, according to Freedom House, only 44percent of the world population live in free and democratic societies, a world characterised by political instability, war, electoral violence, South Africa sailed through another free and fair democratic election.

However, now the real work begins as the sixth administration takes shape. This means that now democracy has to work for everybody, especially the disadvantaged majority. Brand South Africa will work to support the delivery of goals that the president has set for the country.

On May 25, President Cyril Ramaphosa said at his inauguration: “Today, we declare that our progress as South Africa depends on – and cannot be separated from – the onward march of our beloved continent Africa.”

Last year, the country became a signatory to the African Continental Free Trade Area Agreement. In this context it should be noted that South Africa’s economic and societal progress will increasingly be marked by interdependence with dynamics in an increasingly integrated African economy.

It is well known that trade among African countries is less than 20percent. Intended to create the world’s largest free trade area of more than a billion people, there is no better and more sustainable way to bolster the economic growth of South Africa than through accelerated intra-Africa trade.

Ernst & Young, through its Africa Attractiveness Survey, finds that through the years South Africa varies from being the third to the sixth largest source of foreign direct investment in the African economy.

This means the country’s hard and soft infrastructure, including its financial sector, roads, rail, port, airport, and logistics capability as well as quality of life it provides to expats, is a perfect staging ground for business in Africa.

It also means that as Brand SA our work is proverbially cut out for us to continue to engage with peer Africans to drive the message that our fates are linked, and that the success of Africa is South Africa’s success, and vice versa.

As South Africa gets the sixth administration on the move, Brand SA’s role to market and profile the unique capabilities, competitive and comparative advantages of the nation brand will have to intensify.

Not only will the integration of the African market call on the organisation to strategically reposition the brand, but additionally we will take heed of the president’s Sona 2018 call to see South Africa back in the top 50 nations in the World Bank’s Ease of Doing Business Index. Currently ranked 82 out of 190 countries, the country was ranked 28th in 2006.

What should South Africa under Ramaphosa do to attract investment? The president will host the second annual investment conference this year.

Following the success of the inaugural conference last year, the work of positioning South Africa as a leading economy in Africa continues this year.

In this context South Africans can take confidence from the fact that in terms of innovation capability, technological development, infrastructure profile, incentives offered through its Special Economic Zones, and support for SME development, Brand SA stands ready to carry the message of a uniquely diverse nation, with an equally diverse economy that is open for business, trade and investment. 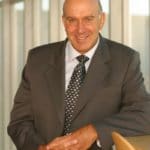 *Geoff Rothchild is a trustee of Brand South Africa. This article first appeared in Business Report.