The group of 198 graduates were trained under the CapaCiTi Digital Career Accelerator, the skills development division of CiTi. The programme was funded by the City of Cape Town.

Speaking at the graduation ceremony, Alderman Vos said the City was committed to supporting industries that drove economic growth and opened up opportunities for people.

‘You are equipped with some of the most sought-after skills in the country right now in one of the world’s fastest-growing regions for foreign direct investment with IT being one of the biggest sectoral drawcards for foreign investors,’ said Alderman Vos.

The students were upskilled with various aspects of digital literacy such as systems and software development.

One of the students who took part in the programme, Tawfeeq Valley said it gave him a sense of what direction he would like to take in his career.

‘I was bouncing around jobs prior to this and now I’m looking at becoming a full site developer,’ said Mr Valley. 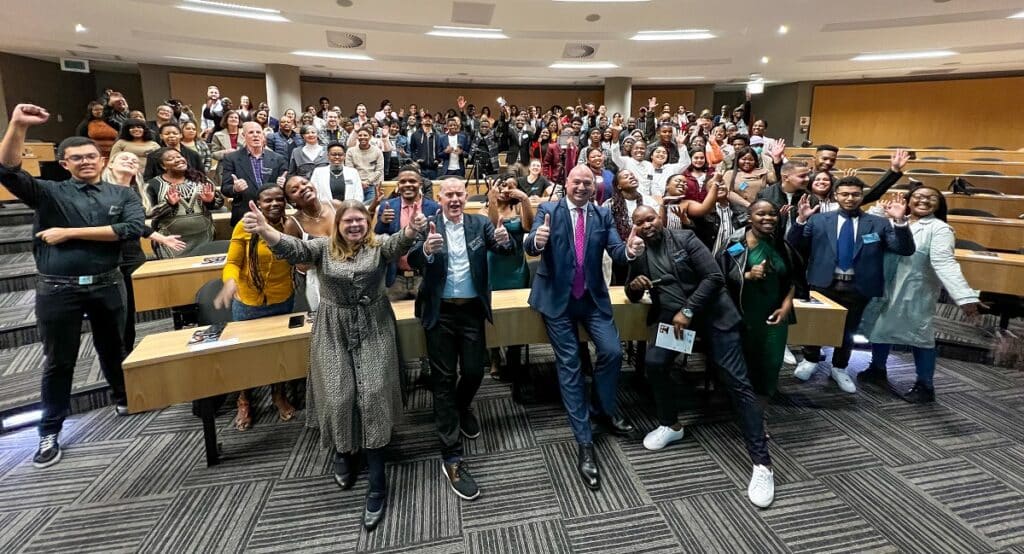 With Cape Town home to more than 25 co-working spaces, more than 20 active incubators and accelerators, and nearly 600 tech companies, Alderman Vos said he hoped the students chose to put their new skills to work in the city.

‘The City government has platforms, partnerships and initiatives to bring more businesses so that more opportunities open up. This includes things like our series of workshops for small businesses, and support of Workforce Development Programmes to upskill Capetonians for our booming industries. This is how we are realising economic growth and opportunity for Cape Town,’ he said.