This week, the City’s Mayoral Committee Member for Economic Growth, Alderman James Vos, held roundtable discussions with the leadership of the Southern African-German Chamber of Commerce and Industry (SAGCCI) to discuss trade and investment opportunities that would boost Cape Town’s economy and unlock jobs. Read more below:

The SAGCCI team was led by Anja Tambusso-Ferraz, the body’s Regional Representative for the Western and Eastern Cape.

Tambusso-Ferraz said that there was a high degree of interest from German companies in investing further in Cape Town and praised City structures such as the Investment Facilitation Branch and bodies such as Wesgro, the trade and investment promotion agency for Cape Town and the province, which receives funding from the City, for easing the passage of businesses from her country into the Mother City.

‘Cape Town has proudly held strong relations with German commerce bodies, city governments and people. Germany is one of the Cape’s biggest export regions and Cape Town has long been a favourite holiday destination for people from that country. In addition, we have two existing sister city agreements with Munich and Aachen with resolutions for the socio-economic and environmental benefits of people in all the respective metros,’ said Alderman Vos. 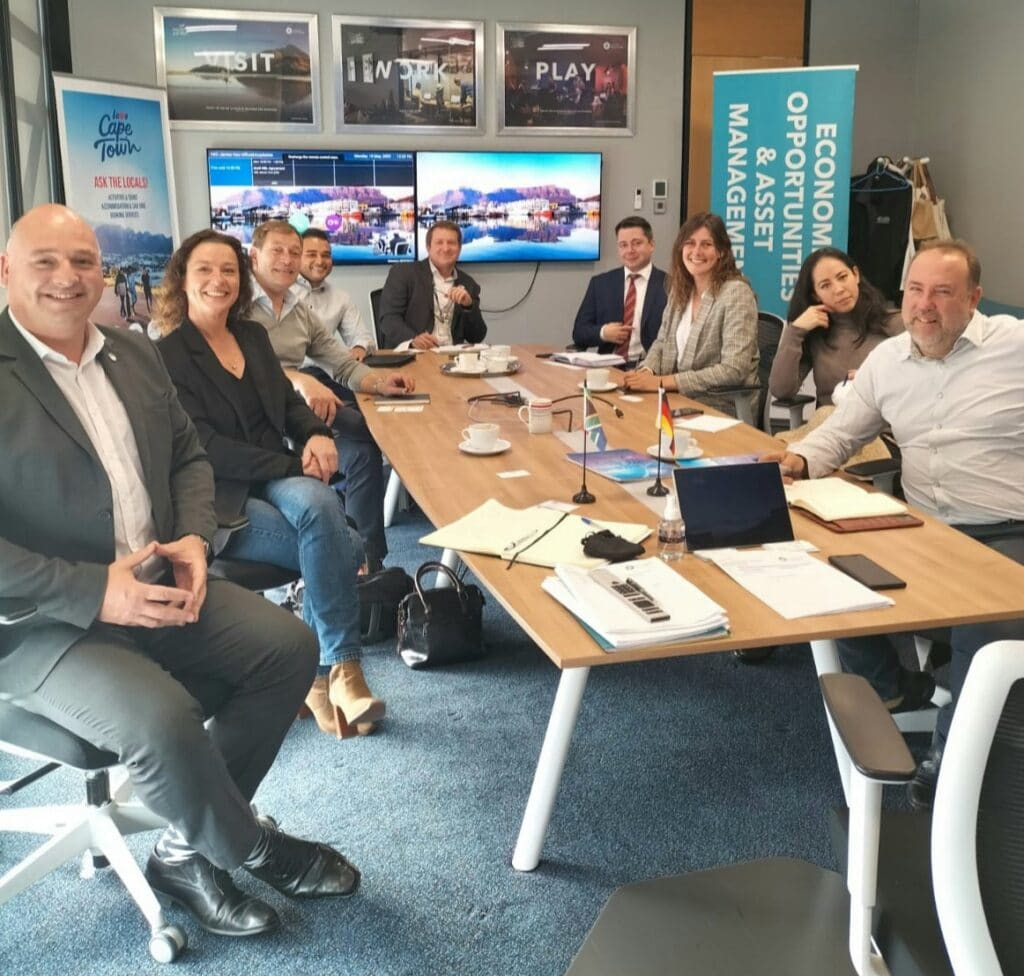 Alderman Vos shared that the City continues to invest in workforce development programmes with a specific focus on high growth sectors such as Business Process Outsourcing (call centres) and green energy production.

The SAGCCI delegation did however highlight that delays by South African authorities in processing work permits were a major stumbling block for international companies wanting to establish or expand their operations locally.

‘I confirmed with the delegates that I will be taking up this issue with our counterparts in the National Government just as we did with the remote worker visa which I first began highlighting more than a year ago and which President Cyril Ramaphosa confirmed is being looked into,’ said Alderman Vos.

Later this month, Alderman Vos and a team from Cape Town Tourism, the City’s official Destination Marketing Organisation, will be going to key European source markets on a trade mission with City officials where he will highlight the investment offerings of Cape Town and aim to land more travel and trade opportunities for the metro.

‘As we push ahead with Cape Town’s economic growth, we must firm up our partnerships with business and industry leaders and showcase the full potential of our great city,’ said Alderman Vos.