This week, I got the exciting opportunity to taste test Africa’s first ever cultivated beef burger, produced at the BioCiti lab here in Cape Town. 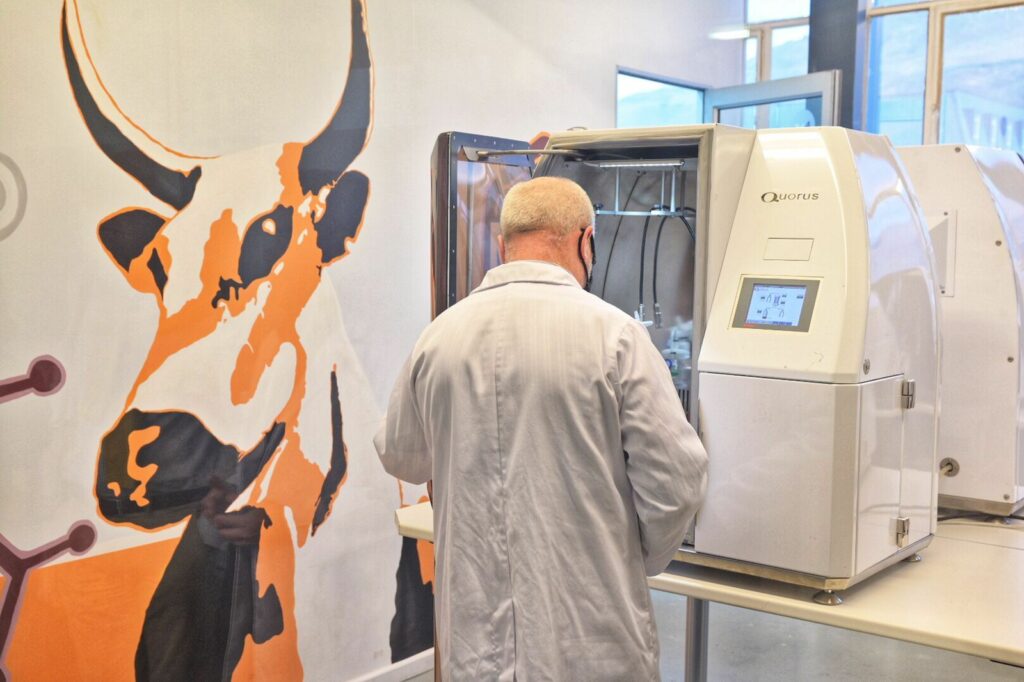 The meat patty is the product of Mzansi Meat Company, a local start-up whose aim was to find a way to make healthier, more environmentally-friendly meat that tastes just as good as farm-reared livestock.

Once the cells are harvested, a sample is taken to the Mzansi Meat lab where they isolate the cells and grow them in a culture medium, a special type of food containing vitamins, salts and proteins that the cells need to develop and divide. Once they have enough cells, they place them on an edible structure and after adding a few additional flavours, the cultivated meat is ready to be served.

The company uses the BioCiti lab, which was established in 2019 by the Cape Innovation and Technology Initiative (CiTi), a City of Cape Town strategic business partner and Africa’s oldest tech ecosystem, which has been instrumental in supporting over 3 000 local entrepreneurs.

At BioCiTi, the tech incubator is helping to produce industries of the future, by creating a bridge between research and commercialisation of ideas based on the application of technology to biological sciences.

It is platforms such as these that have helped Cape Town gain a reputation as Africa’s start-up capital.

Cape Town is home to 38% of South Africa’s IT developers, the highest concentration of these in the country.

During my time as Mayoral Committee Member for Economic Growth, I’ve witnessed how Cape Town start-ups such as Mzansi Meat Co are creating products that are not just world-first, but have a meaningful impact on people’s lives.

It gives me great pride that the City forms part of the network of support for these entrepreneurs.

Mzansi Meat Co’s aim is to produce tons of cultivated meat every month in the future.

And of course I must confirm that it is indeed a very tasty burger!