Following a positive holiday season largely thanks to domestic travellers, new figures show the outlook for tourism and travel to Cape Town in the year ahead is even better.  Read more below:

According to the most recent data from Cape Town International Airport (CTIA), domestic arrivals in February recovered to 79% of the same period in 2019, up from 73% the month before. International figures for February, meanwhile, recovered to 76% of that same month in 2019. The airport is now processing an incredible 25 000 passengers a day.

Among the airlines that have resumed services to CTIA are Emirates which flies to and from Dubai, Singapore Airlines, British Airways, which connects to Heathrow, Kenya Airways, and Turkish Airlines. The US’s United Airlines has also announced that it will resume direct flights between Cape Town and Newark/New York from June 2022 – ahead of their initial schedule – and have applied for regulatory approval in the US and South Africa to introduce year-round flights to and from Washington DC. I can confirm that from the City’s perspective we wholeheartedly support this application.

We have made similar fantastic strides as a cruise destination with five ships still expected between now and May and a further 104 expected to make their way here between October and May next year.

The successes in these two markets are linked to Air Access and Cruise Cape Town, both initiatives housed in Wesgro. This past financial year, I motivated for funding towards these two programmes and I will do so again in the next budget cycles. It makes business sense that secure global connectivity for Cape Town.

The Mother City’s MICE (meetings, incentives, conferences and exhibitions) sector equally appears to be back to its pre-pandemic highs with 140 listings already booked for the year at the Cape Town International Conference Centre, bringing in an estimated revenue of R145 million.

The positivity of these numbers is reflected in a glowing article earlier this month in the UK’s Daily Telegraph titled ‘Why Cape Town is the greatest city in the world to visit right now’. Readers of the publication have long agreed with that view, giving Cape Town the title of the best city in the world for seven years running.

Not only do these numbers represent a rise in travellers to Cape Town, but it also is an indication that the city has cemented connections to more key source markets, which will boost trade and exports of Mother City-made goods. This means increased production, which means more jobs and a stronger economy. 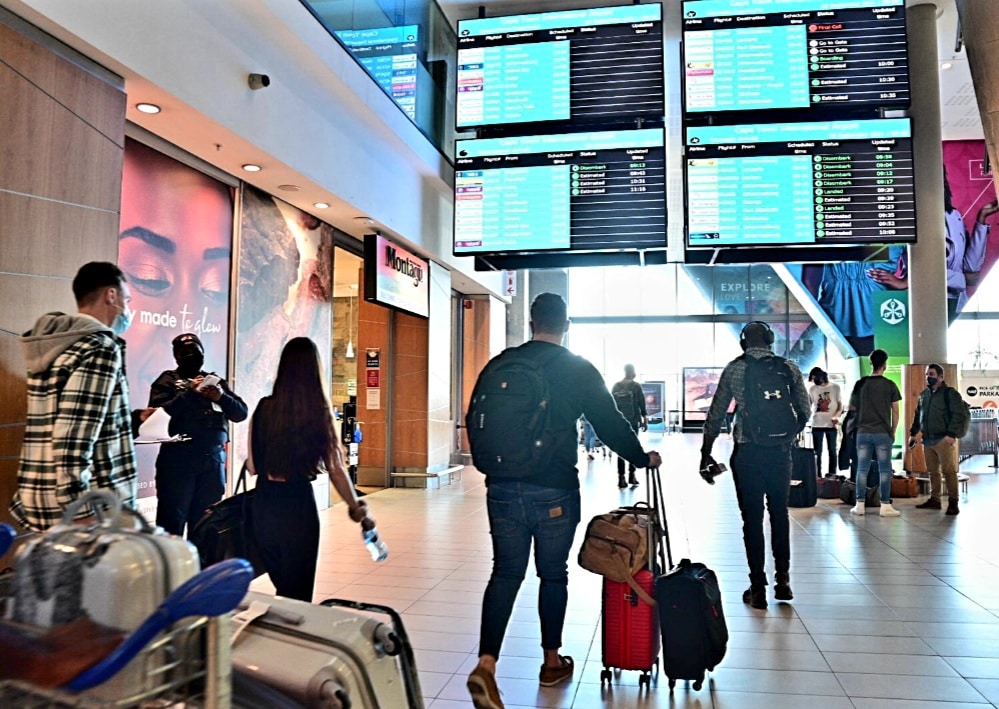 These remarkable figures are the result of targeted and effective campaigns and strategies implemented by the City and its business partners that capture the diversity and fullness of our offering as a destination.

The City is launching major destination awareness campaigns where people using bus stops, subway stations and other high-traffic locations around Munich, London and New York will see our billboards and digital screens depicting Cape Town as the premier destination to visit and explore, study, work, play and experience, invest, or quite simply live.

And later this month, Cape Town Tourism (CTT), the City’s official Destination Marketing Organisation, will launch its fantastic Find Your Freedom campaign, an interactive, digital platform whereby people can choose their own experience.

I have tasked the Economic Growth Directorate and CTT with engaging tourism and travel operators in several key source markets to strengthen partnerships that will drive further supply and demand for the mutual benefit of our cities.

There is no doubt that the past two years have been tough going for industries and economies, with tourism certainly coming off as one of the worst affected. But I’m proud of the hard work, innovation and collaboration that have kept Cape Town in a prime position for a bumper tourist year.

The numbers make it clear: Cape Town is open for business!