This week, I had the honour of addressing attendees at the Boating South Africa Awards, which honours the best and brightest stars in local marine manufacturing. Read more below:

It was a fantastic moment to celebrate the achievements of one of Cape Town’s high-growth industries and to see that there is still much untapped potential. Marine manufacturing is a significant contributor to the local and global economy. More than 90% of global trade takes place on sea routes. In Cape Town specifically, the coastline around the metro contributes almost R40 billion to the city’s GDP, or 10% to GDP per annum. This includes sectors ranging from real estate, agriculture and fishing, to retail and transport.

When looking specifically at boat-building, including commercial and ocean sports, this market has secured investments worth over R25 billion and created over 11 500 jobs since 2014. Exports of Cape Town-made boats have risen by approximately 20,5% year-on-year since 2014.

Through the innovation and expert craftsmanship in the local industry, South Africa has gained a global reputation for catamaran-building and is ranked second after France in terms of units produced.

In my speech to the audience, I stated that there remained many more opportunities for the local industry to seize and that marine manufacturing is a space for people in a variety of trades to thrive.

In a series of videos, we saw young South Africans show how they have succeeded and become industry leaders driving innovation and diversity. Whether your interest is in engineering, architecture, or design, Cape Town’s boat-building industry has a place for you. 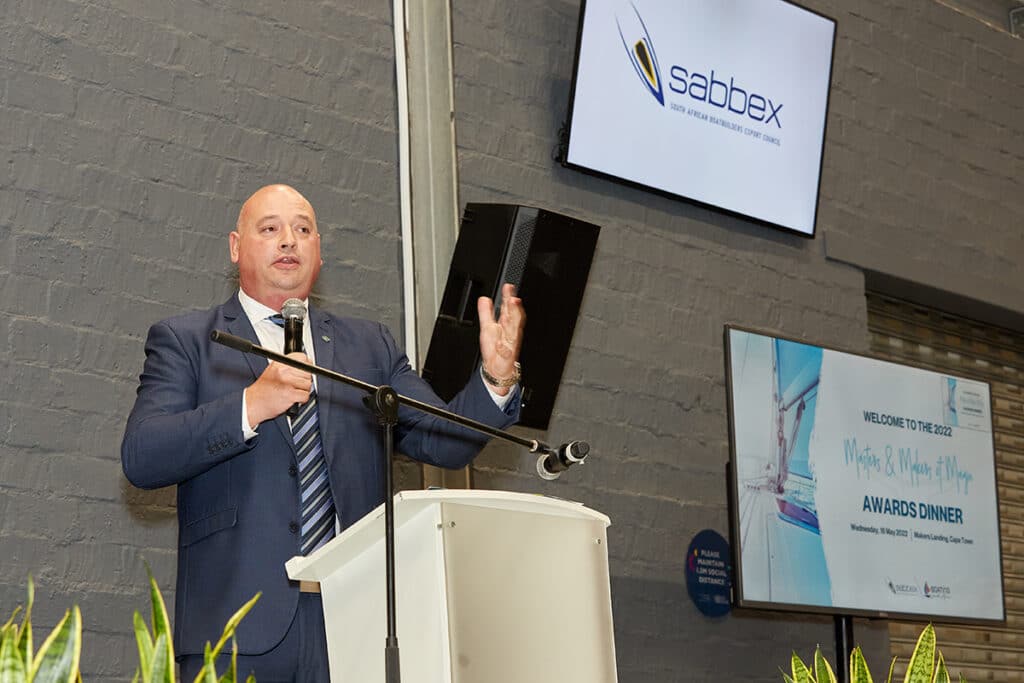 And this is one of the major reasons why the City of Cape Town has invested in the Blue Cape initiative. This specialised entity, a partnership with the V&A Waterfront, focuses on research and skills development in all areas of marine manufacturing, including boat-building, superyachts, and ocean sports, and how that links to related industries.

Alongside this, we are looking to take our place as a top-tier cruise ship destination. As such, we have partnered with several other bodies to form Cruise Cape Town. This is a market with huge potential for economic benefits, in terms of passenger and crew spend, and for ship maintenance and supply of goods and services. We are already finding huge success in this market, with more than 100 ships already booked to dock here in Cape Town between the October and May 2023 cruise season.

By working together, we can take Cape Town’s ocean economy to the next level while providing more job opportunities for the people of our city.