Last week, I had the pleasure of meeting the recently appointed US Consul General Todd Haskell to discuss strengthening regional relations for continued economic growth. Read more below: 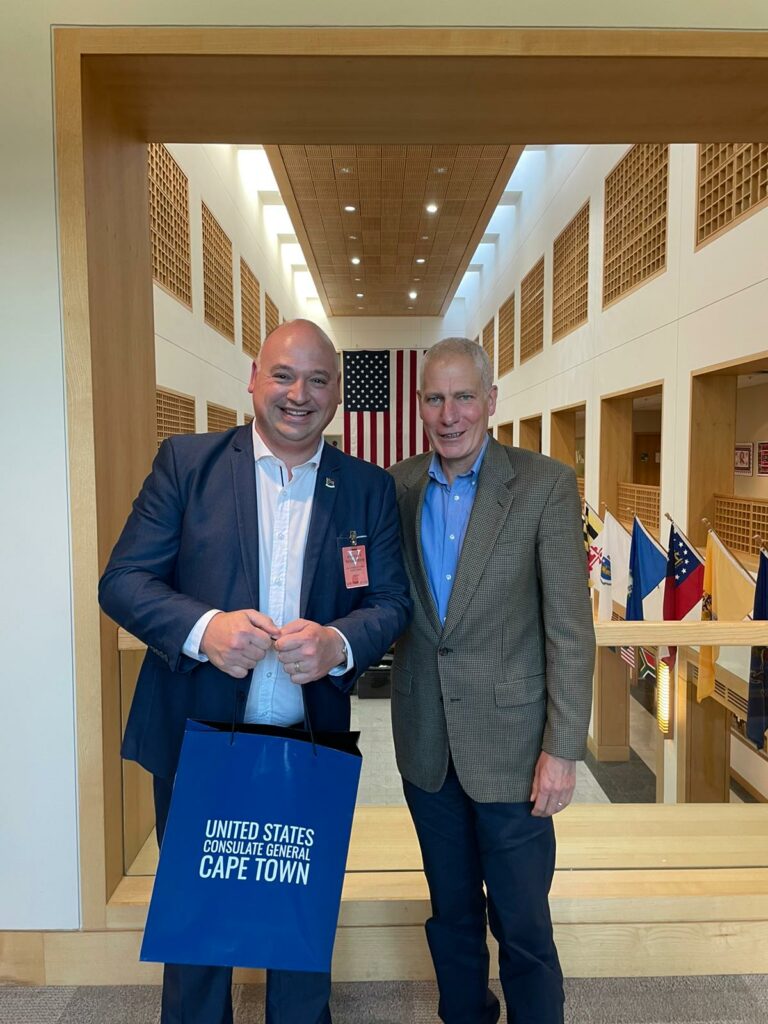 US Consul General Haskell, who assumed his position in Cape Town in April this year is a long-time friend of Africa, having previously served as the US Ambassador to the Republic of Congo and as Deputy Assistant Secretary in the Bureau of African Affairs.

In our meeting, I highlighted the robust economic connection between the Cape and the US.

Last year, the country ranked as the province’s biggest export market, with Cape products valued at nearly R17 billion making its way into the US. This is up 57,5% on 2020.

Further, it has also been the largest investor in the Western Cape by Capex – and in 2021 pumped nearly R3 billion into the province.

Turning to tourism, Cape Town has long been a travel favourite for Americans with 134 000 US travellers visiting in 2019. In 2021, the US was the biggest overseas single source country for travellers to the Cape.

This thirst for the Mother City was further made evident by the recent United Airlines extension of their New York/Newark – Cape Town route to a year-round, three-times-per-week service, which is expected to generate R523 million in direct spend in its first year of operation; that airline’s regulatory approval request for a year-round service between Washington D.C. and Cape Town; and Delta Airlines application to operate non-stop between Atlanta and Cape Town.

An important outcome of our meeting was a decision to review our sister city agreements with Atlanta, Houston and Miami-Dade.

These partnerships currently focus on aspects of trade, green technology, and knowledge exchange. In relooking at it, our aim is to make sure that each agreement is relevant, future fit for trends and shocks, and whether there are aspects of it that need to be revised towards greater economic growth.

The Consul General and I acknowledged the turbulent state of global affairs and how this continues to affect local economies. This only strengthens our resolve to realise the trade, investment and job opportunities that can and must be realised for the benefit of Capetonians and our friends in the US.