Zondagh sat down with Invest Cape Town for a quick Q&A following a recent visit to the company’s Paarden Eiland office by Alderman James Vos, the City’s Mayoral Committee Member for Economic Growth.

“We are excited and immensely proud of what we’ve achieved since launching the brand,” said a beaming Zondagh, sporting a pair of Classic Fynbos vellies.

“We have remained true to our purpose: to put a spotlight on the amazing skills of our people. I believe that South Africans are the most talented and most resilient people in the world. Our mission at Veldskoen is to export our shoes across the globe, and by doing so, tell the amazing South African story.” 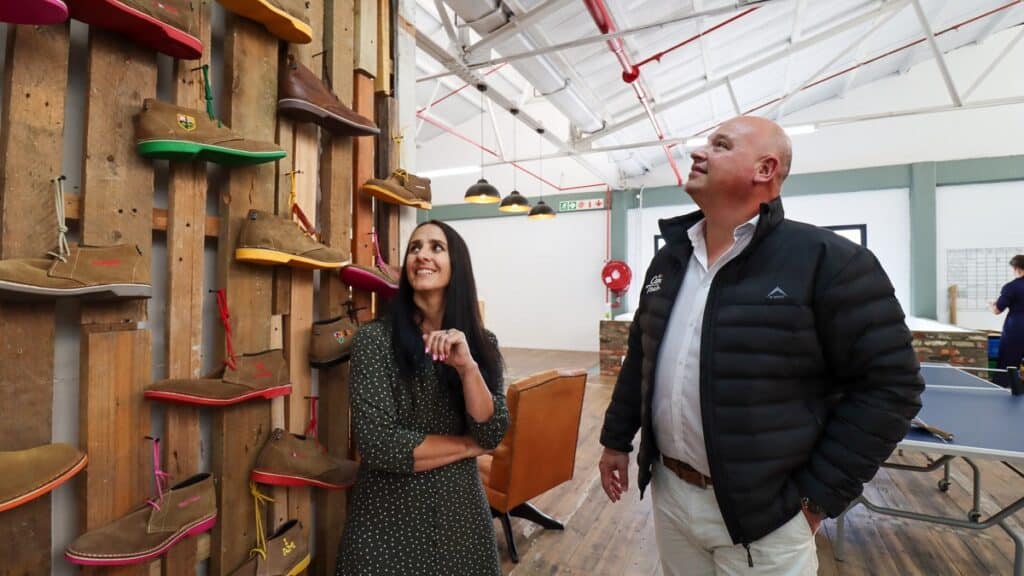 After watching the opening ceremony of the 2016 Summer Olympics in Rio, the pair are believed to have been unimpressed with what the South African athletes were wearing.

According to an article on the Veldskoen Shoes website, the two began imagining what the athletes could have been kitted out in that would have better represented the country.

Zondagh suggested a pair of leather Veldskoen, because they were iconic South African shoes. Dreyer responded that most Veldskoen weren’t exactly fashionable. And so, they began chatting about ways to make the shoe more attractive. In the process, they enlisted the skills of an old school friend, and digital marketing expert, Nic Latouf.

The answer, notes the article, came in the form of the brightly coloured soles and laces; Veldskoen’s trademark look today.

“The rest is history,” said Driekie Zondagh. “Today we export our products to 32 countries. The US, UK, Australiaand New Zealand are our biggest markets. Other than that, we export to Taiwan, China, all the Nordic countries, Canada, the entire Europe,and parts of Africa.” 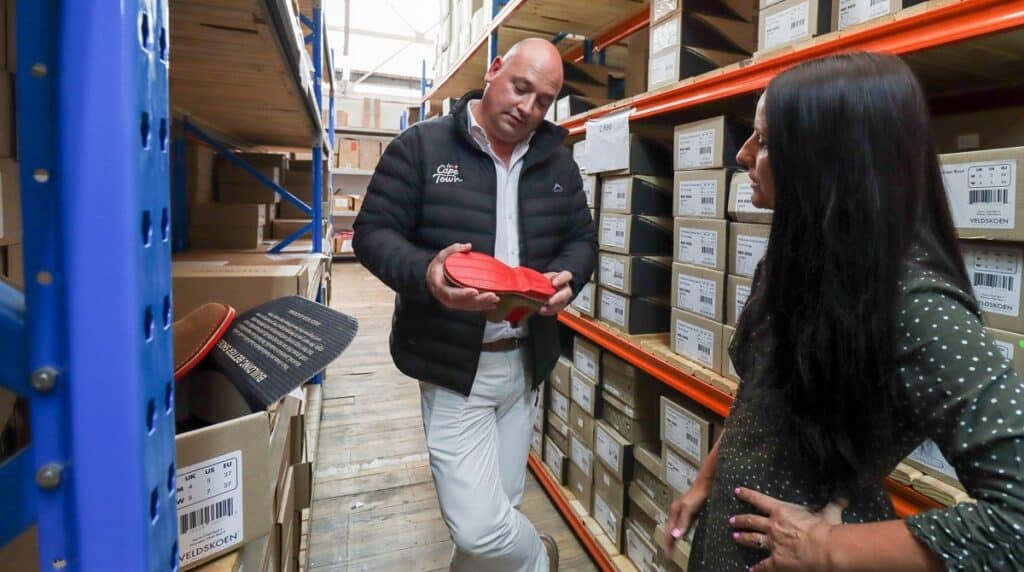 “We do this by ensuring that all our raw materials that are readily available in South Africa are sourced locally, from South African businesses. From the leather tothe thread and the thermoplastic rubber (TPR) components, everything is sourced locally.”

The whole idea is to support as many people as we can through our supply chains. Indirectly, we support close to 1 000 people across the different factories and tanneries. It brings big smiles to our faces because that’s the ultimate goal for us, to make a difference.

In 2021, the story came full circle when Veldskoen was named the official off-field shoe of South African athletes at the Olympic Games in Tokyo.

At the time, South African Sports Confederation and Olympic Committee (SASCOC) president, Barry Hendricks, said: “Our country’s Olympians and Paralympians will showcase Veldskoen as a local brand internationally, thereby exhibiting our national pride and sharing in the spirit of being South Africans.”

Said Zondagh: “We want the world to fall in love with these shoes. Our goal is to continue exporting South African made products to the world in order to create more jobs.”

Apart from the likes of Brian Joffe’s Long4Life having invested in Veldskoen, the business gained the attention of international celebrity investors Marc Cuban and Ashton Kutcher in 2019, and a United States leg of the business was started.

In an interview with CapeTalk at the time, Veldskoen co-founder Nick Dreyer said the investment took the product to global heights.

Cuban, an American billionaire entrepreneur, and actor Kutcher have a 50% stake in the Veldskoen product in the United States. 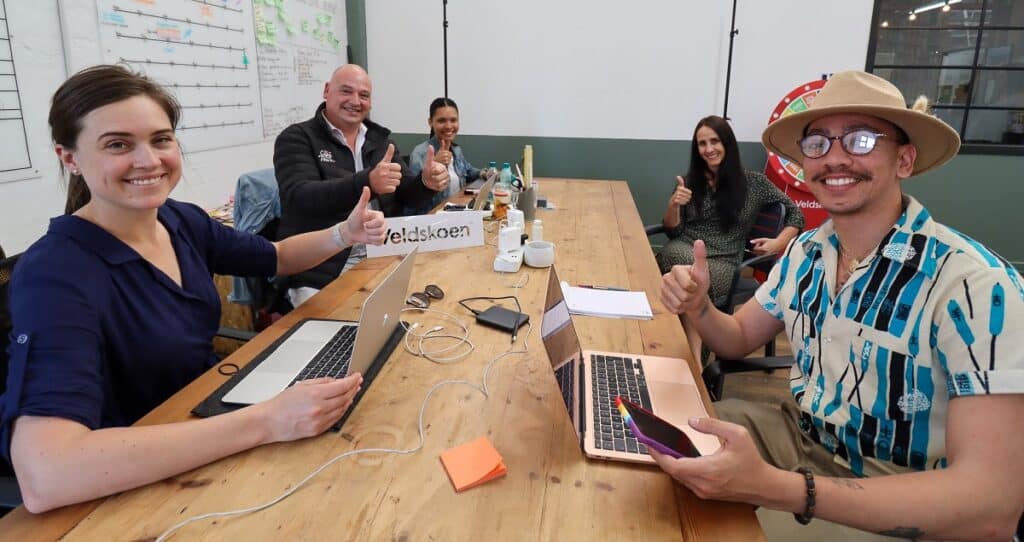 Proof of the success of the venture came in 2021, when Veldskoen received the AGOA Exporter of the Year Award in the small business category.

“We were acknowledged for the quality of our South African made footwear exported to the United States,” said Zondagh. “That was a huge achievement and one that we are immensely proud of. Our goal is to continue exporting South African made products to the world in order to create more jobs.”

The African Growth and Opportunity Act (AGOA) Awards, a collaboration between the US Government through the United States Agency for International Development (USAID) and the International Trade Institute of Southern Africa (ITRISA), seeks to incentivise and encourage South African export firms to explore innovative ways of improving their regional and global competitiveness, with a focus on exporters supplying the US market, through the AGOA programme.