But why exactly does this truly bustling node of commerce and industry offer such excellent value for investors compared to other international cities like New York or Singapore? What is it about Cape Town that attracts a diversity of locals and foreigners who want to live, work, study and play in a promising metropolis brimming with opportunity? For starters, Cape Town is incredibly inclusive. It’s a sustainable, vibrant urban environment with many global brands and local start-ups already thriving here.

On average, Cape Town has a per capita GDP that is 32% higher than the national average.
(EGS – Baseline Statistics 2019). 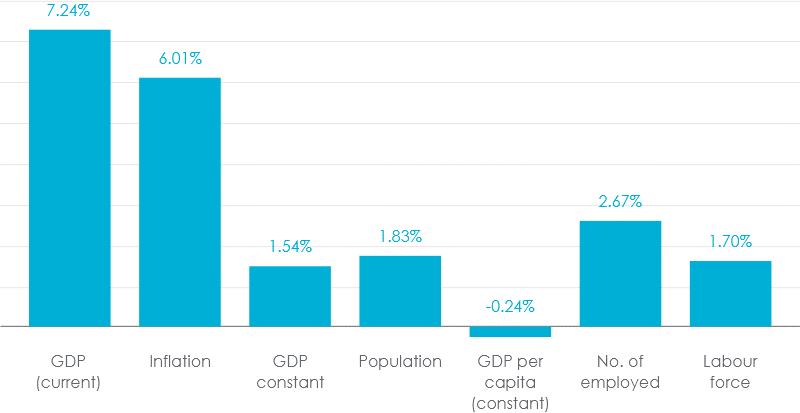 The Splendour of the Western Cape

One of South Africa’s most lucrative provinces, the Western Cape’s abundance of natural assets, established agricultural and tourism industries, broad sector base and a growing pool of young, energetic talent has embedded value, innovation and creativity into the business culture here making it an inspired hub for industry. Good governance provides a stable business environment. Infrastructure forms the gateway to the continent. This is largely due to the second busiest container port in the country being located here, as well as the second busiest international airport. Its expansive agricultural surroundings sees Cape Town acting as a processing, trade and retail hub for a wide range of export-quality produce.

Cape Town’s economic growth or real GGP has grown at higher rates than the national average thanks to its competitive advantage over the rest of the country in certain sectors and industries. These include several manufacturing sub-sectors such as electronic and electrical products, metal, steel and beverages. Some of the positive current growth prospects for Cape Town include:

Cape Town is a rapidly growing city in terms of infrastructure and accessibility. Until now, employment growth has been driven by business services, construction, retail, agro-processing and tourism sectors (Project Camissa Report 2019). However, non-tertiary Industries, like construction as well as food and beverage, have shown a decline since 2017 while the dominance of the services industry has grown (EGS – Baseline Statistics 2019). Future sectors flagged for high growth are expected to be trade, manufacturing, transport and communications.

Continued economic momentum is further being cemented through:

Information technology, telecommunications, medical and research equipment and other hi-tech processes are on the rise, further broaden the ever-growing industrial core of the province. There’s a strong IT talent pool, helped by major investments by multinationals including Amazon and Microsoft (Project Camissa Report 2019). The emergence of several initiatives, including the designation of the Atlantis Green Tech SEZ and the founding of several renewable company head offices in the city is leading the renewable energy and clean-tech industries. 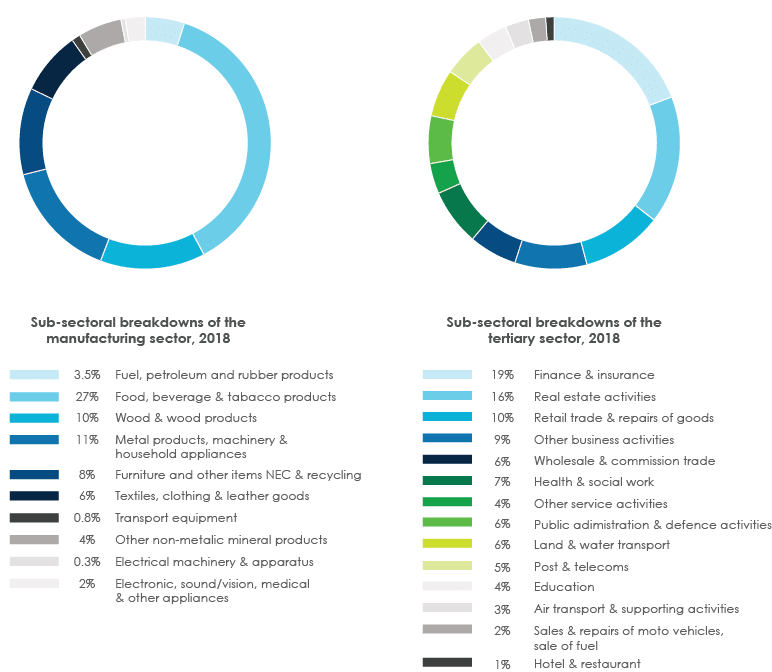 Owing to Cape Town’s ‘green’ reputation there is potential for the development of an industry around the manufacturing and servicing of electric vehicles (Project Camissa Report 2019) as well as the production of medical cannabis.

Host to the incredible Cape Town International Convention Centre, the Mother City is experiencing a tangible shift to a service-driven economy with an established business culture and clustering of trusted financial institutions. There is immense confidence in the soundness of banks in the region, rated third in the world by the WEF.

The attractive working environment with its beautiful coastlines, national parks, orchards and vineyards has also encouraged a shift of certain activities to the Cape. Foreign firms and new investment groups are focusing on the local investment scene.

Four top universities and two globally recognised business schools in the region attract a new generation of innovation and talent. These institutions have boosted Cape Town’s status as the leader in African BPO innovation and fields like Business Process Management have been one of the leading creators of jobs in Cape Town over the past few years, reflecting major investments (Project Camissa Report 2019).

Film and media production is one of the most exciting industries in the Western Cape. Several top-rated shows and movies filmed in and around Cape Town give the city more exposure to foreign audiences, encouraging the tourism industry (Project Camissa Report 2019). Plus, the Cape Winelands are home to some of the world’s most highly sought-after vintages, with premium estates exporting labels to all corners of the globe.

It’s really no surprise that the Western Cape represents an immense opportunity for investors from all walks of industry. With an incredibly responsive and supportive regional government and a vibrantly innovative start-up ecosystem, Cape Town is an invigorating and rewarding destination to do business.