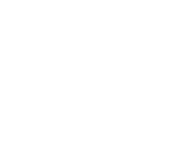 Cape Town is committed to reducing the city’s carbon footprint.

The City of Cape Town is committed to tackling climate change challenges.

Globally climate change causes drought, floods, storms and sea surges and heat waves. These have a destructive impact on people’s health, property and infrastructure, food security, natural assets, livelihood support networks and the economy. This results in social dislocation and large-scale financial loss. The first people to usually suffer these consequences are the poor, who are most likely to live in areas at risk.

Recognising the urgency to respond to the impacts of climate change, the City of Cape Town along with three large South African metros (Tshwane, Johannesburg and eThekwini) committed to C40’s Deadline 2020 programme. This programme entails developing an ambitious climate action plan by 2020 and includes an ambitious goal to achieve Carbon Neutrality by 2050. Reaching carbon neutrality by 2050 replaces the City’s former Energy 2040 mitigation goal.

How is Cape Town affected?

During 2018/19, a Climate Change Hazard, Vulnerability and Risk Assessment was conducted for the City of Cape Town, identifying the following climate hazards likely to occur in Cape Town.

A decrease in annual average rainfall and changed seasonality of rainfall, negatively affecting water resources and biodiversity: Cape Town experienced a severe three year drought– these drought conditions have never been seen in Cape Town before – which means that water conservation and demand management has become a priority for everybody in Cape Town;

As a city with one of the longest coastlines, we also face extreme vulnerability to rising sea levels and coastal erosion, and the associated impact on low-lying urban and coastal environments. For a detailed description of the climate hazards facing Cape Town, read the Climate Change Hazard, Vulnerability and Risk Assessment which consist of an Economic Risk Analysis Report, and the Climate Resilience Investment Manual.

The City of Cape Town is committed to tackling climate change challenges, contributing to global efforts to reduce GHG emissions and building a more resource-efficient and resilient future for our city.The City has a long and well recognised past as a leading city in South Africa in local energy and climate planning and action, being the first African city to complete a State of Energy Report in 2001 (updated in 2007, 2011, 2015 and 2021 now referred to as the State of Energy and Carbon Report) and adopt an Energy and Climate Change Strategy (2006) and the Energy and Climate Action Plan (2010). The City also adopted the Climate Change Policy (2017) and the Cape Town Energy 2040 Goal in 2015.

The City actively engages in international climate networks and reporting platforms, and follows a partnership approach to meeting its climate change responsibilities. One such partnership is with the C40 cities network, which is a network of over 94 cities worldwide.

For more information and resources on this, visit the City of Cape Town website: https://www.capetown.gov.za/Work and business/Greener-business/Cape-Towns-green-future/lets-act-against-climate-change